Good day, ladies and gentlemen, and welcome to the Algae Corner with me, Dr. West Bishop! We have an exciting episode today, our first “Algae After Dark” episode, talking about how algae reproduce. We're going to be covering a broad overview of how algae reproduce, including different types of reproduction methods, More specifically, we’ll also delve into a couple groups of algae and talk in detail about how each of those reproduce. 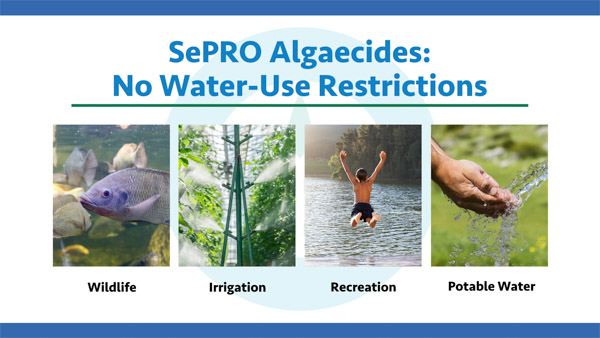 Algae Corner: Why Algaecides Aren't Scary
Welcome to this critically important episode on why algaecides aren't scary. What we want to talk about today is specific US EPA-approved algaecides and how they can be efficient, effective, and ecologically-friendly tools in the fight against nuisance algae and toxic algae. 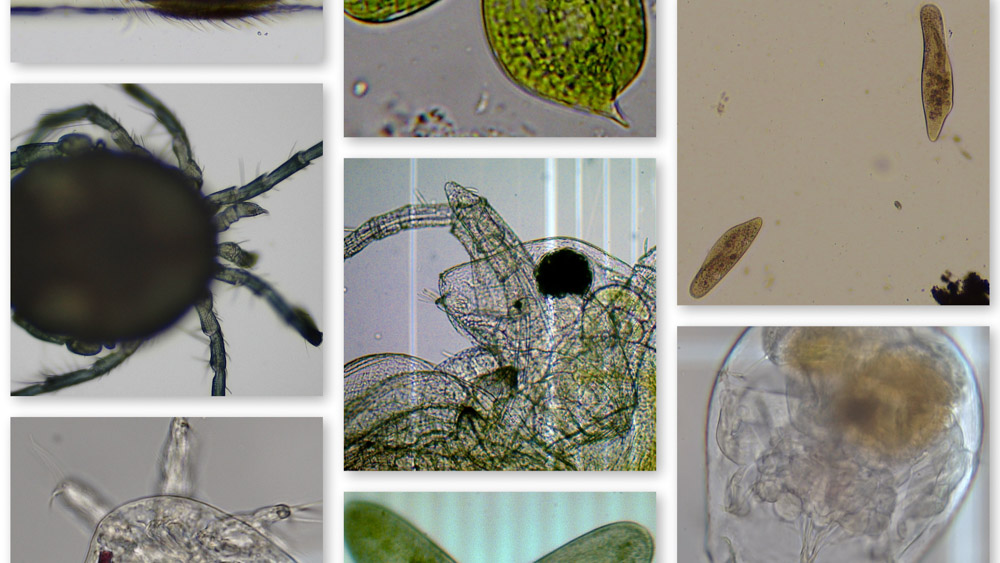 Algae Corner: Microscope Creatures
Today we are going to share a little snapshot of many different creatures that are common in lakes and ponds. 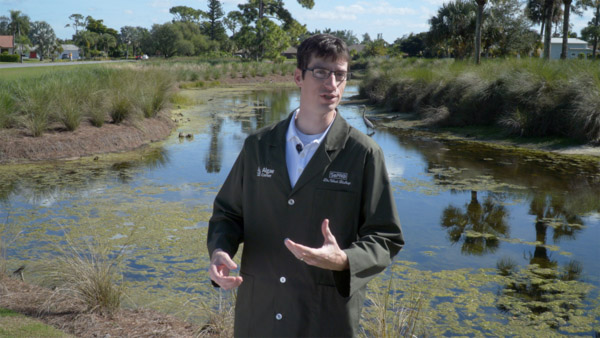 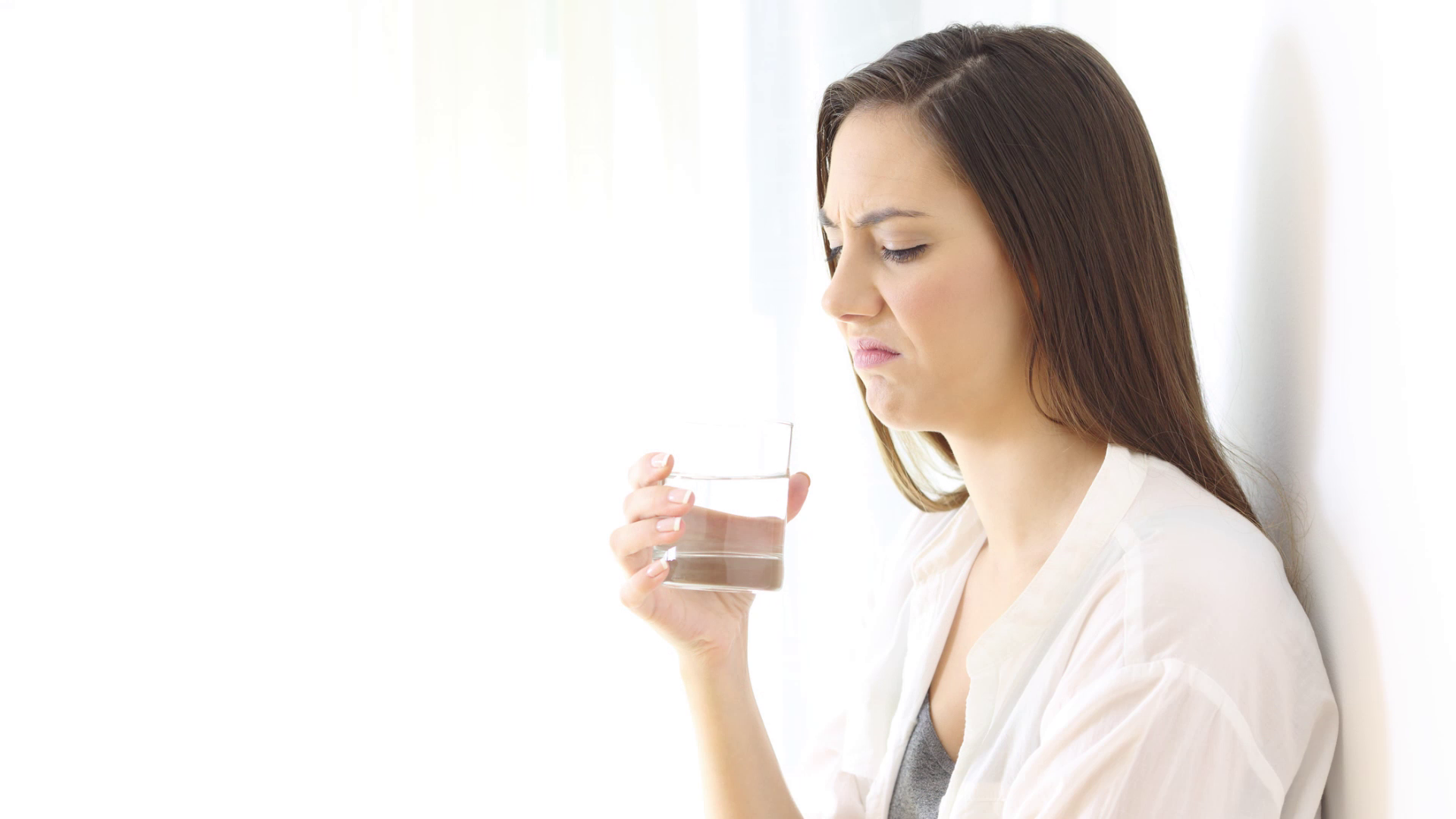 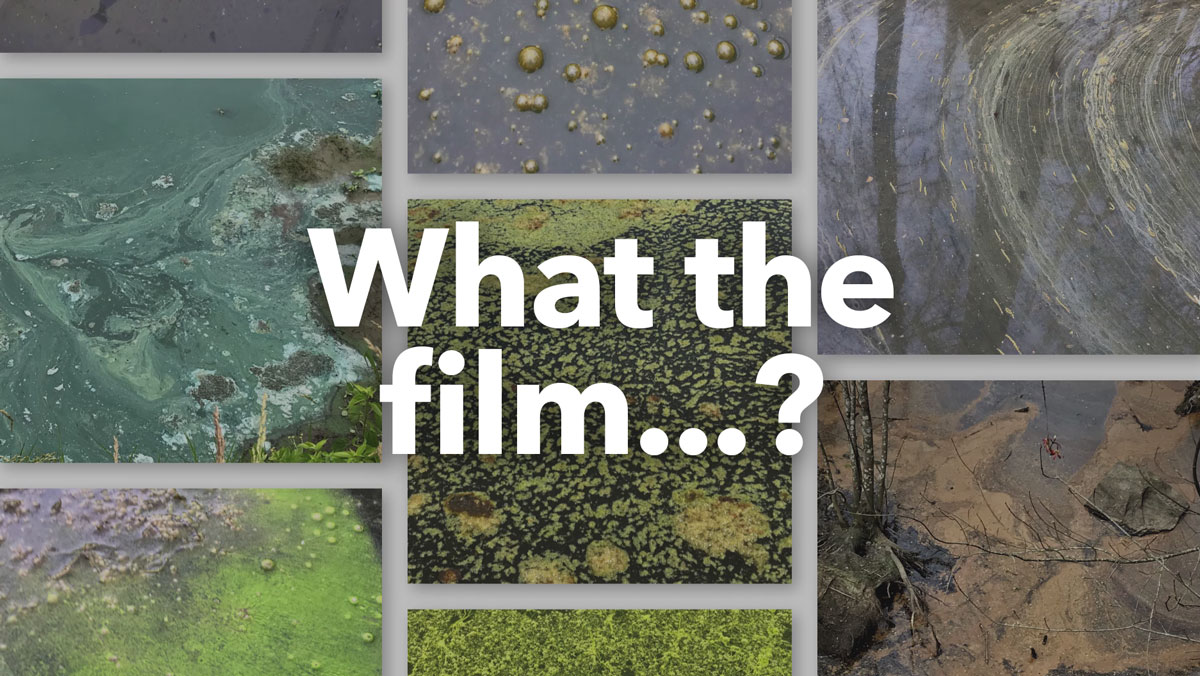 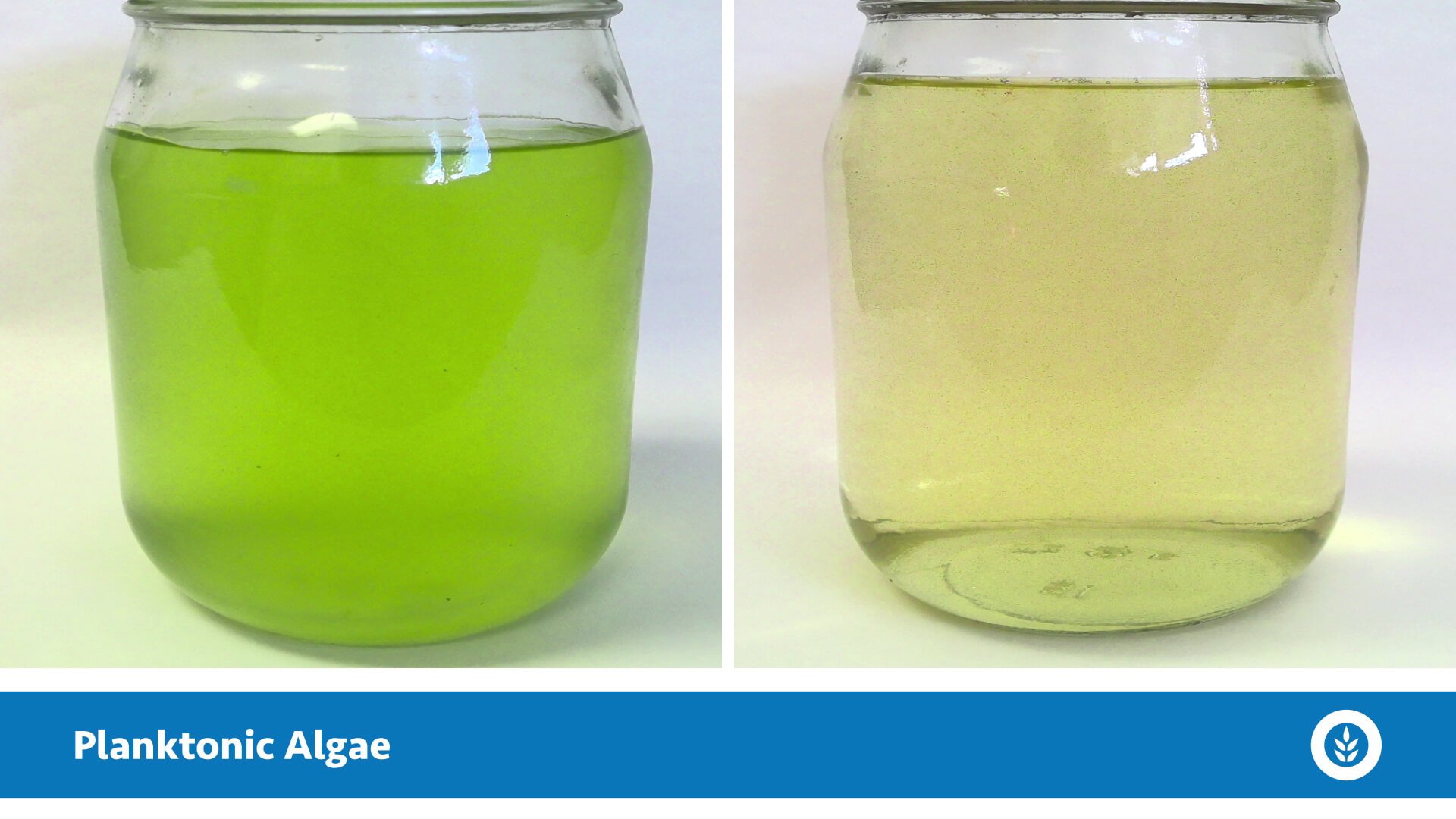 Basically, what that means is there's a single cell or colony that forms another one, a copy of itself, if you will. There are many different forms of asexual reproduction, but one of the biggest types is the formation of what's called spores. Some of these include zoospores, which are tiny, little flagellate copies of itself, that swim around, and ultimately grow into a new adult algal cell.

Other types of spores include the aplanospores. These are produced inside the parent cell, so they're a bunch of tiny, little spores produced from a single parent cell, which can bust out and ultimately grow more of that same algae. There are also autospores, which are basically small copies of those parent cells, which make new daughter cells, if you will, very similar to that parent cell.

Other forms of asexual reproduction include autocolony formation, which include more of those colonial types of algae that actually form very small colonies of itself that grow up into a new large colony.

Fragmentation is also quite common with the filamentous species, which is where tiny, little filaments or small fragments of these filaments break off. Those fragments will go out and start growing and form new large filaments or mats.

The last one that counts as a form of asexual reproduction is the formation of akinetes. These are very strong, protective cell walled, resting stage cells, which have a lot of extra storage built up in them. They can just be dormant, suspend their active metabolism, and wait for conditions to change before they pop out and start blooming and forming new types of cells. Some of these akinetes can last years, if not thousands of years, in the sediments before they pop out and start blooming again, so they are very, very tough reproductive cells to make it through tough times.

Getting into more detail, sometimes you can have male and female gametes that look the same. In some situations the female doesn't move but the male does, resulting in fertilization. Sometimes, they both can look very different, so there are certainly many forms of sexual reproduction to form new types of algae.

Which types of algal groups sexually reproduce? Many of those groups include the dinoflagellates, the diatoms, the cryptomonads, the haptophytes, red algae, and green algae (including streptophytes). These and many other different groups of algae can sexually reproduce or have that ability.

Some different forms of sexual reproduction include the gametic meiosis and sporic meiosis, and these methods alter whether the sporophyte or gametophyte stage is haploid or diploid. This will change what they grow into and the gametes that they produce, whether or not they are haploid or diploid, and how they come together. It’s a very, very complex process that I will save the specifics on, but those are the general categories of sexual reproduction in algae.

Now let’s cover some group-specific or phyla-specific modes of reproduction. Some of the big picture phyla we want to talk about first are the cyanobacteria and how they reproduce.

Now, cyanobacteria only reproduce by asexual forms of reproduction, so the most common way is binary fission.

Basically one cell splits into two identical daughter cells, and this can happen quite rapidly under the right conditions. It can keep just dividing and dividing, which forms those big blooms out on your lake or pond.

Another way some cyanobacteria reproduce is called baeocyte formation, which is fairly rare, but they essentially still split like binary fission, but remain inside the parent cell wall until it bursts.

Another common way for cyanobacteria to reproduce includes that fragmentation we talked about. Filamentous cyanobacteria in particular will produce little hormogonia filaments, and these can more easily slide and move around to form new large filaments.

And lastly, those akinetes that we talked about are quite common with cyanobacteria. They can form these akinetes, and certainly under stress conditions they will start forming more of these protective reproductive cells that go dormant. They're very tough to control, and they're very stable in environmental conditions. When the conditions change and become favorable they’ll start to bloom and grow.

The diatoms, or Bacillariophyta, are very common. They have what is called a silica frustule, which is this silica dioxide outer wall. These algae can produce both asexually and sexually. In asexual reproduction, they go through what's called mitotic division. So basically, that cell wall splits at a raphe that goes through the cell. Then the epitheca, the top of the diatom, comes off and grows a new hypotheca, and the other piece that split off from the two also grows a new hypotheca. In that way, both of those halves grow a new smaller hypotheca, which is how these diatoms can continue to split and reproduce asexually.

Typically, they just keep getting smaller and smaller over time, and ultimately need to reproduce sexually to get back to those larger sizes. That's where the diatom sexual reproduction comes into play. And this includes that gamete fusion again. In diatom sexual reproduction, you have some cells that form an egg. The female cells form this egg, and you have other cells that go through meiosis and form a bunch of flagellated little sperm cells. Those gametes will swim over and fertilize that egg cell of the females, and once that's fertilized, it's forming what's called an auxospore. This fertilized gamete, this fertilized egg cell, can now grow into new cells.

The process I just described was mostly for the centric diatoms, however. The pennate diatoms will form different gametangia that come together to form that same fertilized auxospore in sexual reproduction.

The last group we’ll talk about today are the desmids, or streptophytes. They can produce asexually through different spores, like aplanospores and akinetes. However, the neat thing about the desmids is how they reproduce sexually. There are a lot of different ways, but I want to focus in on one called conjugation.

With conjugation, you can have two filaments which line up next to each other. These filaments have these outgrowths called papilla, which will actually connect these two adjacent filaments in a way that is specifically called scalariform conjugation. These filaments are typically Zygnema, Spirogyra, and Mougeotia, and when this outgrowth comes apart, they pass across their genetic material. And ultimately, that forms a fertilized zygote. That zygote is in a very protective stage, which involves a lot of different cell walls and storage components, and it can make it through some tough times. And eventually, that fertilized zygote is what's going to grow into new filaments in the future.

So that was just a quick overview of some of the ways algae reproduce. As you can see, it's quite complex! We didn't go into a lot of detail today, and there are certainly a lot of other ways algae reproduce, but we covered a couple of the big ones here today. Thanks for your time and for tuning in to this first Algae After Dark episode on algal reproduction. I hope you learned a lot, and catch us next time on the Algae Corner!